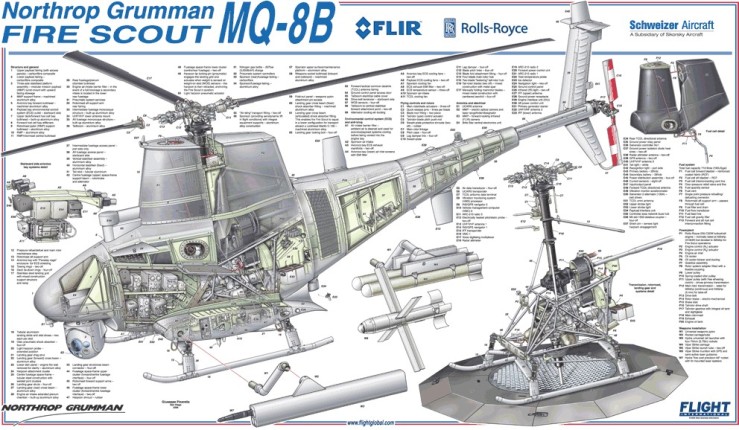 The Fire Scout is arguably the smartest unmanned aerial vehicle ever built. Unlike remote-operated drones such as the Predator, this helicopter is a true robot, with enough computing power to take off, fly and land on its own. Last year a pair of test Scouts made history, landing on the deck of a moving ship without help from human pilots. Slated for use by the Army and Navy, the chopper is undergoing flight tests, but this on-schedule and on-budget UAV could be ready to gather intel and relay targeting data as early as 2008. While the Navy coyly describes it as « weapons-capable, » firing a barrage of rockets would call for human control — for now. 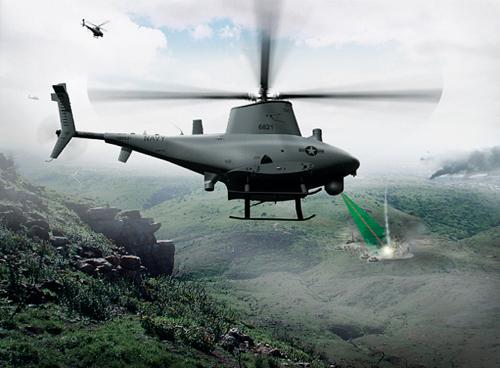 FIRE SCOUT SPECS
Autonomous Control: The Fire Scout can fly unaided for more than 8 hours, then land on the ground or on a warship.
Modular Payload: The 23-ft.-long unmanned chopper can carry up to 600 pounds of equipment, such as sensors, mine detectors and rockets.
Proven Airframe: The UAV’s airframe is based on the Schweizer Model 333, a manned helicopter used by police agencies around the country.